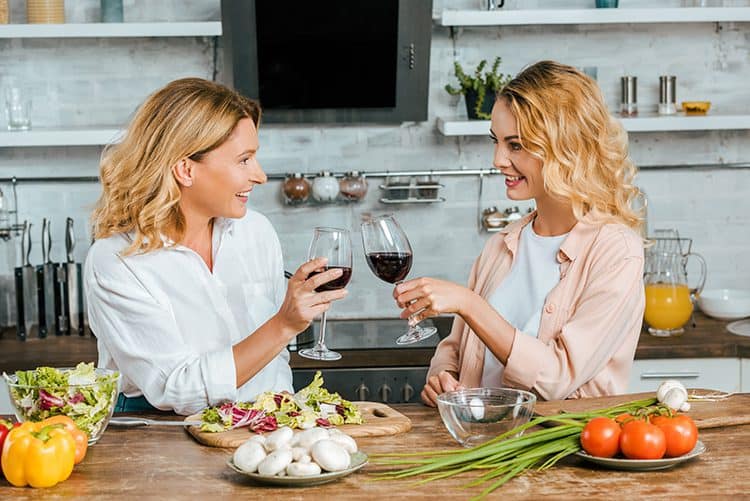 After the main keto questions, “How do I get into ketosis?” and “What can I eat on a keto diet?” the next question is usually “Can you drink alcohol on a ketogenic diet?”

Here’s the thing about alcohol and a keto diet – you don’t have to stay sober and stop drinking alcohol just because you’re following a low-carb high-fat diet.

However, there are some alcoholic beverages on a ketogenic diet that are completely off-limits and then there are the more keto-friendly drinks that are unlikely to kick you out of ketosis if you drink sensibly and in moderation.

The keto diet is better than other diets for a number of reasons.

There are so many benefits of going keto, and one of them is that yes, you can drink alcohol on a ketogenic diet.

But what is the best and worst alcohol on a keto diet?

The Best And Worst Alcohol On A Keto Diet – The Lowdown

The first thing to remember is just because you can drink alcohol on a keto diet it doesn’t mean that it’s a weight-loss aid.

In fact, the more you drink, the more likely it is that your weight loss progress will slow down.

This is not because keto-friendly alcoholic drinks are calorific, it’s because before burning anything else your body burns alcohol, which puts the fat-burning process on the back burner.

Obviously, there are some better keto-friendly alcoholic drinks than others.

Wine, compared to beer, is generally considerably lower in carbs, which is why many people following a keto diet choose wine as their go-to alcoholic beverage.

Also, what’s more, pure spirits, such as vodka, gin, and whiskey have zero carbs, but it’s important to watch out for the mixers, as this is where many people go wrong.

Wine And Beer On A Keto Diet 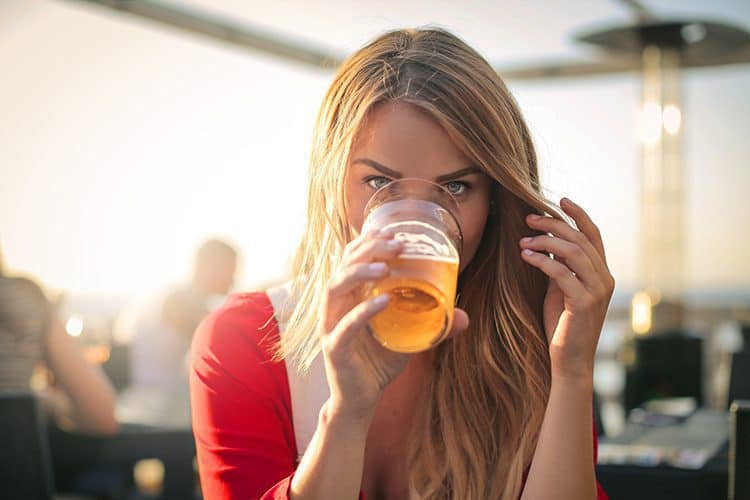 Even when you’re following a strict ketogenic diet and restrict yourself to 20 net grams of carbs per day, it’s most likely that you can enjoy a glass of wine on a regular basis.

Dry wine is probably the best wine to drink on a keto diet, as it has less than 0.5 grams of sugar in every glass.

The other carbs that makeup wine are usually the leftovers from the fermentation process, such as glycerol, which usually doesn’t have any effect on your blood sugar or insulin.

As the name suggests, sweet wines and dessert wines, contain more sugar, and therefore more carbs, so if you’re going to drink wine on a keto diet, go for drier verities, such as pinot noir, merlot, and Chardonnay.

Drinking beer on a keto diet is more problematic.

The term “beer belly” is no lie.

Beer contains a plethora of carbs that are rapidly digested once consumed.

This is why beer is a drink you need to avoid if you’re on a low-carb diet like a ketogenic one, as it’s a terrible thing for weight control.

Spirits On A Keto Diet 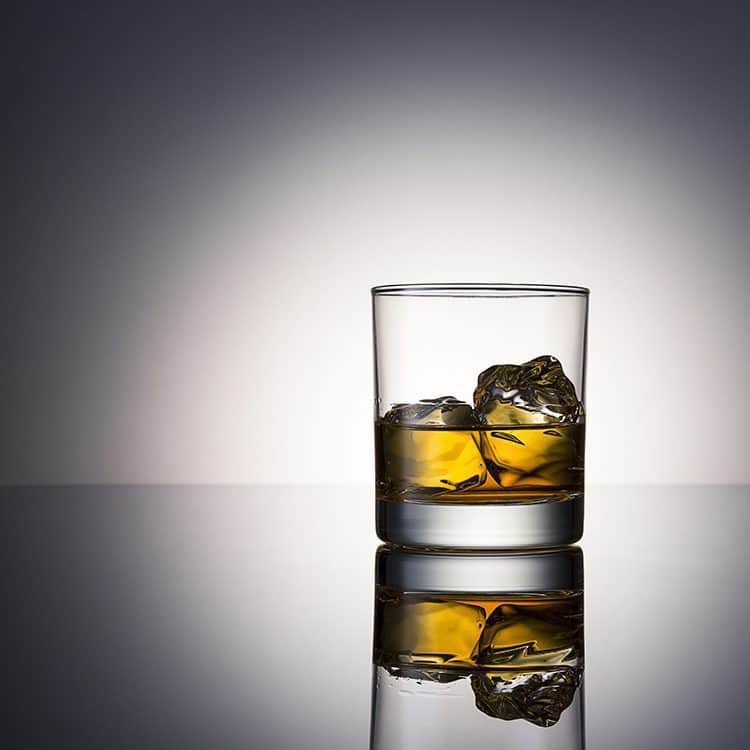 Believe it or not pure spirits on a keto diet are fine.

Whiskey, vodka, brandy, tequila, gin, plus a few others don’t contain any carbs.

What makes drinking spirits on a ketogenic diet problematic are the sugary mixers that are often mixed with them.

Take Gin and Tonics for example.

A nice refreshing glass of gin and tonic is one of the most popular mixed alcoholic beverages.

The name ‘tonic water’ also makes it appear seemingly healthy, but did you know that a regular Gin and Tonic contains around 16 grams of sugar?

However, if you remember to order a gin and diet tonic instead of a regular tonic, you won’t have that carb problem.

Diet tonics and soda waters are far better to mix your drinks with, and if you can’t stand the taste of soda water, squeeze a little lime in there too to add some flavor.

Just be aware that the absolute worst thing you can do is to mix your alcohol with regular sodas, fruit juice, or worse energy drinks – they’re total sugar bombs! 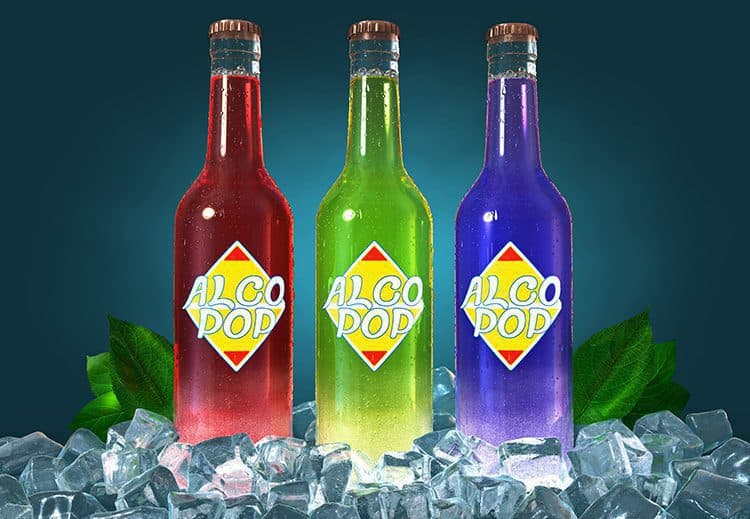 Alcopops and wine coolers pretty much fall into the same category.

At face value, they may seem harmless, but technically they’re exactly the same as regular sodas, but just with alcohol added to them.

Therefore if you are following a ketogenic diet, they should be avoided, as you want to avoid consuming sugar.

The Best Alcoholic Drinks For A Keto Diet

So, now that you know that you can drink alcohol on a ketogenic diet from time to time, which are the best alcoholic drinks for keto? 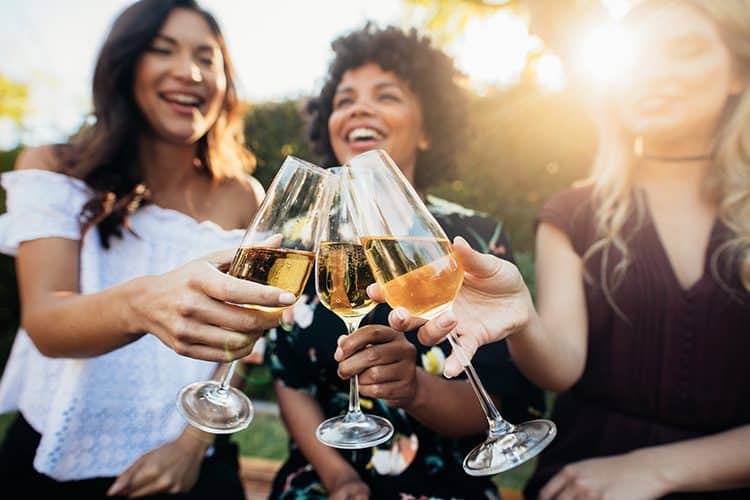 Special occasions on a keto diet can still be celebrated with the world’s favorite bubbly.

From champagne to Prosecco to Cava, depending on your price point, it’s still possible to toast special occasions on a keto diet.

The majority of dry sparkling wines contain only 1 gram of net carbs per glass, which will allow you to enjoy the celebrations without the guilt. 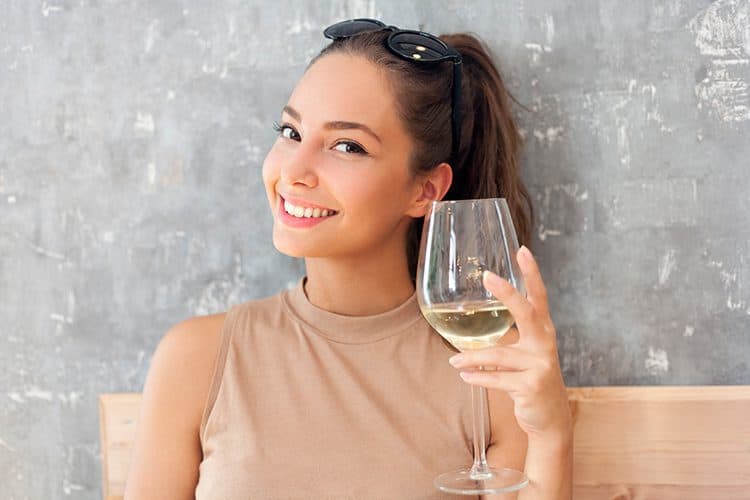 Wine has been part of civilization for thousands of years.

It’s great as a standalone drink or paired with food.

And with only 2 grams of net carbs per glass, you can’t really go wrong! 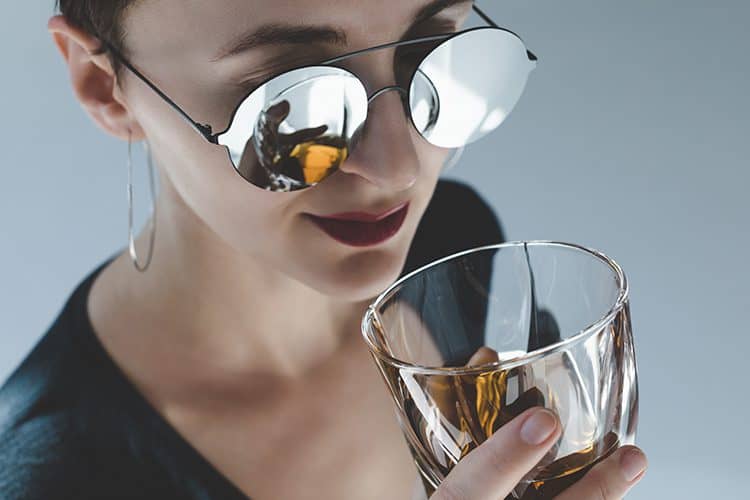 Mark Twain once famously said, “Too much of anything is bad, but too much good whiskey is barely enough”.

While Twain probably had no clue about the ketogenic diet, what he said is 100% true when it comes to whiskey and keto.

Drink it with soda, water or on the rocks, it doesn’t matter because a good pure whiskey has no carbs.

And despite it being made from fermented grains, it’s still gluten-free. 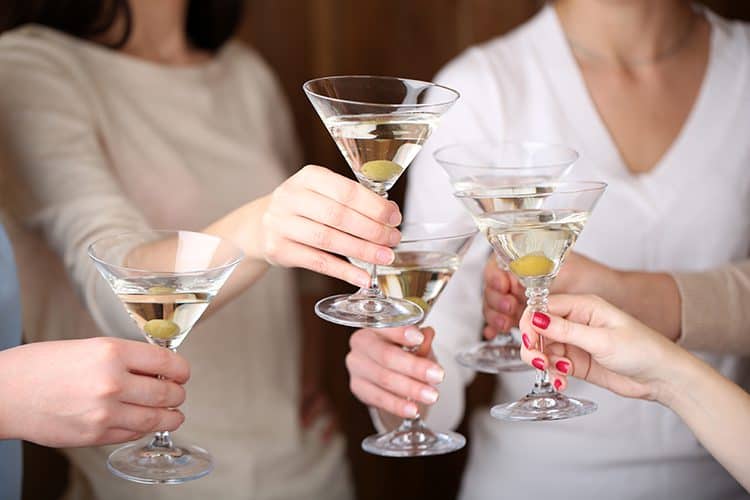 Whether you like your martini shaken or stirred, it doesn’t matter.

This powerful tasting drink made out of gin, vodka or both and garnished with a twist of lemon or an olive will always remain as one of the most loved aperitifs ever.

And better still it doesn’t contain any carbs! 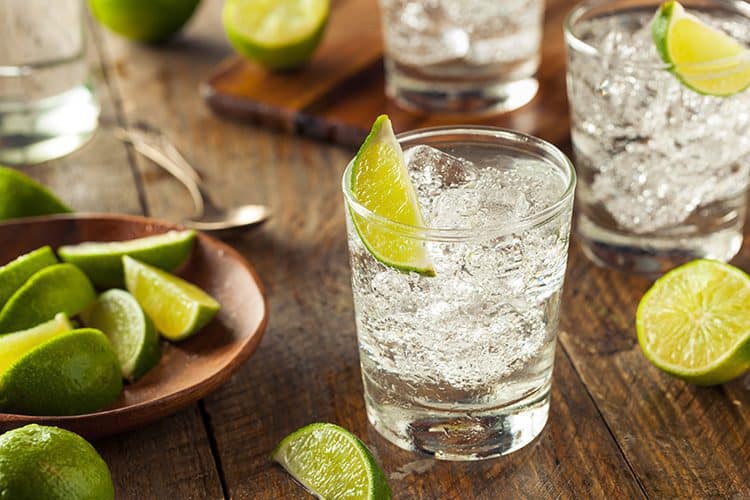 Think along the ‘Housewives of LA and you’ll get the gist.

The skinny bitch cocktail is the alcoholic drink that’s taken over GnTs.

One long cocktail contains no carbs at all, so it’s no wonder ladies around the globe are sitting back without a care in the world as they sip on this sparkling and refreshing vodka-based drink.

When drinking, whether you’re on a diet or not, it should always be done in moderation.

However, it’s important to note that people who follow a ketogenic diet usually have a lower alcohol tolerance than people that don’t follow it, so caution must always be taken.

You can drink alcohol on a ketogenic diet, but if your drinks do contain even just a few carbs, they will add up the more you drink, so it doesn’t give you a license to drink whatever you want. 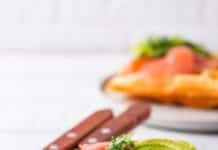 5 Secrets To Drinking Alcohol on the Keto Diet

8 Exercise Tips When Losing Weight on the Keto Diet